Traditional religions/ideologies/political parties and their followers adopted well-defined official names and symbols in order to identify themselves, which made them clearly recognizeable by anyone, followers and opposers alike.
In contrast, the modern ideologies derived by neo-obscurantism never identify themselves through official names or symbols; this gives them a huge advantage because it makes them "invisible" and way more difficult to be recognized by the average person (even though they can still be clearly identified by the existence of a very well-defined set of dogmas that defines them). Instead, they prefer to come up with labels for the *absence* of their ideology: in other words, instead of naming themselves, they label everyone who does *not* follow their ideology.
In this way, the modern doctrines are not seen as "doctrines" but as simple "common sense", almost as if they were self-evident truths not even requiring any actual proof, and their believers as "normal" people; on the contrary, every other opinion (including the actual common sense), is now rebranded as some form of "-ism", is seen as some bizarre ideology, and the actually normal people as the "strange" or "brainwashed" ones.
Typical examples: 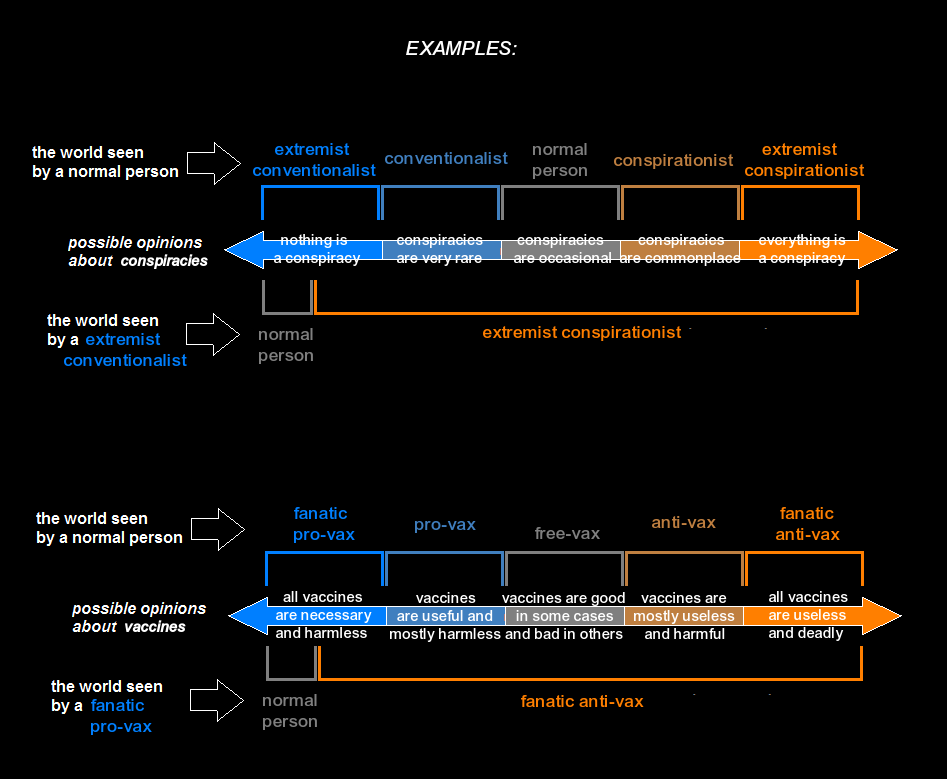